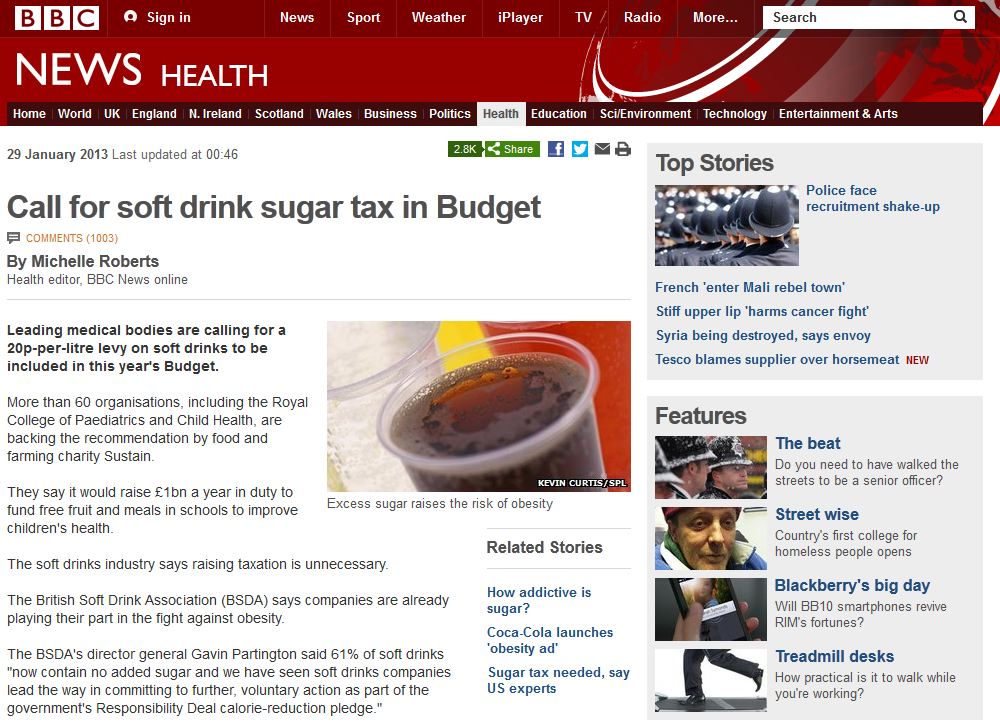 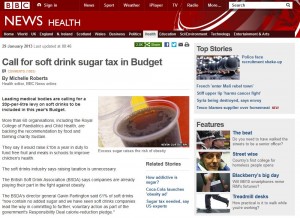 The current debate on the soft drink sugar tax which has been proposed for the Spring Budget 2013 raises some interesting questions about the age-old debate between sugar drinks suppliers and the water industry.

Quoted from the BBC website article on 29th January 2013 – “Leading medical bodies are calling for a 20p-per-litre levy on soft drinks to be included in this year’s Budget. More than 60 organisations, including the Royal College of Paediatrics and Child Health, are backing the recommendation by food and farming charity Sustain. They say it would raise £1bn a year in duty to fund free fruit and meals in schools to improve children’s health.”

The obvious backlash/defence from the British Soft Drink Association has now come into play, and as an active member of the bottled water industry The Water Delivery Company felt that it was time to comment.

Many of the large soft drinks manufacturers such as Coca Cola, Nestle, Danone are now also heavily involved in the small pack water industry. By small pack we mean one trip disposable bottles typically found in corner stores and supermarkets. They have a vested interest in both parts of the drinks industry and are not solely sugar drinks manufacturers. They often quote that consumers by their very nature need choice and their product range offer this choice. It is a valid point – but does not address the health debate.

The Water Delivery Company would like to see the government taking a different approach which would benefit drinking water businesses as well as the soft drink manufacturers. By removing VAT on bottled water prices the pricing of bottled water would become increasingly attractive to the consumer. Consumers would still be allowed to make their own choice but would be paying a higher price for the less-healthly option.

Meanwhile the government would be putting a clear message encouraging consumers to drink the healthiest form of all hydration – Water is both calorie-free and tooth-kind.

It does however seem that obesity among the British public is not as closely associated with sugary drinks as some would have us believe. The Shadow Health  Secretary was quoted in the same article  giving the statistic that “Over the past 10 years, the consumption of soft drinks containing added sugar has fallen by 9% while the incidence of obesity has increased by 15%.”.

The debate has obviously been sparked in the UK after the controversy after Michael Bloomberg proposed a soda ban in the USA in Q4 2012.