The BWCA AGM and general meeting is set to take place tomorrow at Ansty Hall outside Coventry. With a days meeting and then a dinner in the evening.

The Water Delivery Company will be represented by Dan Oakley and Rob Innes for the first time since we made the decision to join the association and an active role in the long term development of the general industry.

Another mediocre summer of rain spoiled only slightly by the single largest threat of traffic disruption in British History – a disruption much touted but never to materialise – seem destined to be discussed. Topping the agenda may be the seeming impossibility of joining forces with the other industry association (The EDWCA).

From a different continent it all seems very distant but we wish the intrepid voyagers from our company and from the others, the best of British.

We would only ask that Nick Swan move his distinctively shaped head out of the way so that we can see the screen and speaker. 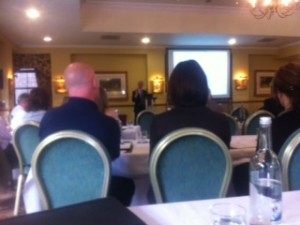