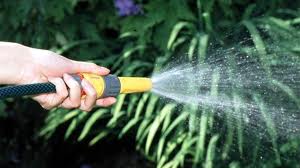 UK hosepipe ban in a bid to battle drought 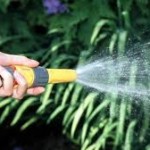 The government has enforced the hosepipe ban across many parts of southern and eastern England as a response to the driest two-year period on record. Those who ignore the hosepipe ban face up to a £1000 fine.

However, many customers may be left feeling this is an unfair deal when water suppliers themselves waste billions of litres of water each day through leaks. One cause of this is old pipes – 20% of London’s pipes are 150 years old.

But the cost of replacing leaking pipes is too high, say suppliers, so it is much more practical for the government to encourage the public to “be smarter about how we use water” (and make it illegal for us to do otherwise!) than to fix old and leaking pipes.

There is lots of advice on how people can reduce water wastage, such as using bathwater and washing up water to wash the car, and even very small changes such as turning off taps whilst cleaning teeth. But people will still undoubtedly question why suppliers such as Thames Water are not being encouraged to be “smarter about how they use water” alongside their customers efforts.

The Water Delivery Company supports environmentally conscious efforts to reduce water wastage, by both customers and suppliers. The instantly chilled or heated filtered water from our fountains and coolers may reduce wastage from waiting for taps to run cold or hot, and, as an added bonus, are also cost-effective and stylish to boot!