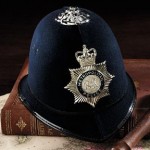 The recession of 2009 was one of the most difficult periods in a long time, for a lot of people- small businesses went bankrupt, and many feared their homes would be repossessed. On the 30th December last year, the Government announced that one of the newest budget-saving schemes would be to cut the amount of money available for office water coolers in Scotland Yard; after scouring budget sheets, senior officers and accountants have had to look at less obvious areas of expenditure, such as the water coolers, in order to save the pennies. The director of resources for the Metropolitan Police, Anne McMeel, agreed to the plan, along with a host of other proposals for cost-cutting. Within the Met, all the remaining temporary office staff face being let go, whilst no new staff will be hired for the time being, unless in “exceptional circumstances”. It’s not only the water coolers that are getting the axe- another of the proposals is to reduce the numbers of newspapers and magazines that get delivered to staff in Scotland Yard on a daily basis. The money saved will go towards more pressing matters, such as tackling the rise of gun crime in the capital.
If you have any queries about the range of coolers we can offer for purchase or hire, for your home or office, please do get in touch and one of our team will be happy to answer any questions you might have.