The Water cooler Westminster review of 2009 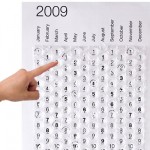 Now that we’ve reached 2010, we thought we’d do a quick review of the year that has just passed, and look back on some of the good times we had throughout 2009. We hope you enjoy…
January: The Water Delivery Company celebrated its sixth birthday. Nearly at the double digits!
May: Temperatures soared and sales of bottled water rocketed. The water cooler Westminster team shifted over 2,000 bottles a week around the time of the heat wave. That’s a lot of muscle work right there!
July: We began making our very own flavoured water, simply by adding out chopped up fruit of choice to a glass of deliciously chilled water cooler water, which provided us with many a refreshing beverage.
September: ‘The Water Coolers’, a musical about having a job and office life, was brought back to the Chicago stage in a new production. It received mixed reviews, but people’s curiosity kept filling seats.
December: The Bureau of Customs banned the importing of any products which use ozone depleting substances, such as chlorofluorocarbons. This includes water coolers.
From everyone at Water Cooler Westminster, we’d like to wish you a happy new year, and we hope you continue to enjoy the service we provide.