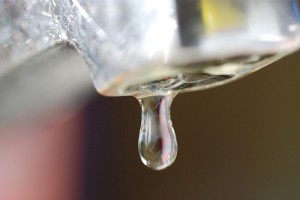 Being in the United Kingdom where it rains, let’s face it, all the time, we’re not very careful with our water supply as we think it will never run out. However, recent reports show that more than a billion litres of drinking water are lost every day in Scotland through leaks. Apparently the country’s waste water rate was running at 45%.

The figure has been blamed on poor water mains which have not had the attention they require (some of the pipelines date back to the 19th century) and have subsequently fallen under par. Something that we can not afford have happen as Scottish homes and businesses use on average around 2.5 billion litres of water every day. Imagine how much is leaking out and being wasted? According to the figures that would mean almost 1 billion litres would be lost before the water reached people.

Apparently Scottish Water will be spending £1.8bn on a programme to improve all its services. A spokeswoman said “There is leakages and there is water going out and what we are left with is a network which suffered from a long time of underinvestment. We are currently making an assessment across Scotland of our water mains.” she said.

So with that much water being lost every day at the fault of pipelines and water mains, it’s even more important to ensure you do all you can to minimise water wastage at home. There are simple things you can do to stop water waste. Something as easy as turning the tap off while you brush your teeth or waiting until you have a full load of washing before you put a load in the washing machine. Another big one is to check your water coolers in the home if you have any and ensure they are not leaking anywhere.

Usually if there’s a leak it’s to do with something not being plugged in or screwed in correctly so have a quick look around the cooler for any signs of that and if you can’t find anything except leaking water then it’s probably best to call someone who can come out and fix it for you. The earlier the better. If you try to cut back on water use around the home every little bit will help. The Water Delivery can help with a leaky cooler, feel free to contact us on 0845 006 3309 or drop us an email on contact@thewaterdeliverycompany.com