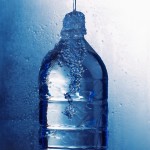 A small village in Scotland has been warned off drinking their own tap water after Scottish Water uncovered increased levels of cyrptosporidium in the local water treatment plant.

The bug can cause a wide range of unpleasant symptoms, including diarrohea, vomiting and painful stomach cramps.   Although none of the locals are believed to have been affected by the parasite, advice has been given out by Scottish Water recommending that residents boil their tap water before drinking it.

The community has now called for drastic improvements to be made to the treatment works after revelations that this was in fact the 4th time high levels of the parasite had been discovered since December 2005.  There are plans for a £3.1M renovation of the water plant, however these had been delayed until late summer.

Scottish Water have released a statement saying that they gave out the advice to boil water as  a precautionary measure until more tests have been carried on samples taken from the water supply.

In the meantime we are sure that plenty of people may be looking into getting water coolers as a secondary back up in case this incident occurs once more.  Water Coolers have been touted as a safe and risk free alternative to the tap water, as it also uses less energy than boiling litres and litres of dirty water.